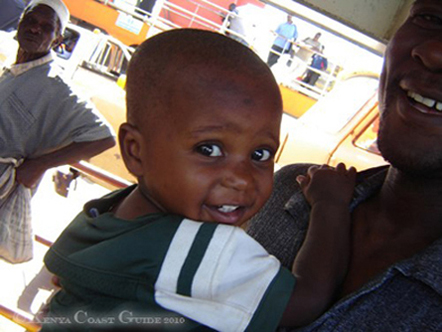 Afrika is enjoying a steady growing interest and attention – not only caused by the 2010 FiFa-World-Championship in South Africa. Therefore the number of websites concerning this topic increased substantially.

Many of these websites aim to interest readers and travellers in all of the meanwhile 54 countries of this huge, varied continent with its hundreds of different nations and would like to serve important information and advices. For such a big number of variuos countries it requires an enormous research, but special, deeper going information with regard to the regions and their people can hardly been provided apart from sights and travel tips.
KenyaCoastGuide.com has made it to its task to bring especially Kenya’s coast region, with its friendly and helpful people, its picturesque white beaches, overwhelming vegetation and this unique mix of cultures, nearer to a wider and international public. The people of the tourist industry in Mombasa, at the South Coast and North Coast prepare paradise on earth for their guests and look forward for an increasing number of visitors – like it was not too long ago.

The coastal area with the seaport Mombasa provides a whole host of various cultural influences like no other region. From the late Middle Ages and the early Renaissance – where arabian and chinese traders, portuguese sailors and different Bantu tribes dominated the region – to nowadays, where the streets are crowded with arabian Sunnits, indian Hindus and Sikhs and kenyan Christians. A hustle and bustle prevails in the small streets and markets. Scents of strange dishes and spices floats over it all, and if not almost everybody – no matter which religion or ethnicity belonging to – hasn‘t had a cell phone at ones ear, it would feel like time stood still for several hundreds of years.

Kenya, as an holiday destination, unfortunately has been forgotten caused by the riots after the presidential election in 2007, the terror attacs at the „Hotel Paradise” near Kikambala in 2002 and at the U.S. Embassy in Nairobi in 1998. Unfortunately it‘s not well known, that the kenyan government increased their security measures for years due to pressure of the USA and the EU. Also the tourists along the North Coast with its plenty of Hotels, have never been in danger, because the whole coast was a restricted area by the Military from Mombasa way up to Malindi. Of course only the wide public as a whole had to suffer under the following economical slump. Kenya’s society is a service economy. The tourist industry is, beside the cut flowers cultivation and coffee- and tea-growing, the third biggest employee in the country.

The ethnic group of the Giriama, in living memory located at the North Coast, are divinely gifted hoteliers and restaurateurs. They love to see their guests smile highly pleased. So let‘s go, do them the favour and make these people happy with our smile. All you need to know you will get here.