The Territory of todays Kenya is claimed by right to be the cradle of humankind. It has already been populatet more than four million years ago by early hominids and belonged to those regions of Africa, where the species Homo developed.
Numerous pre-historic findings prove that the ancestors of contemporary human being must have stayed in this area at first. In Koobi Fora at Lake Turkana a ca. two million years old skull was found and is considered as evidence of the eldest species Homo.

Around 1000 B.C. the arabian trading culture was established along the eastern coast. In the early 15. century China sent Admiral Zheng He along Sri Lanka, India and the persian Gulf all the way to Eastern Africa. Bantu-Tribes of todays Kongo moved to the area, Nilotes came from the north and Cushitic tribes, like the Somal, came from north-west to Kenya. Rivalries about crop- and farmland sprung up, which is still present in Kenya’s society of today. 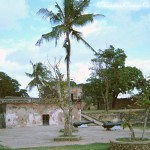 The Portuguese sent Vasco da Gama to find the sea route to India and so they landed in Mombasa on April 07th, 1498. They built a fortress called Fort Jesus in Mombasa, and controlled large parts of the coast until the end of the 16th century. In the year 1729 they were finally driven out from Mombasa.

The history of Kenya as a colony began in 1885 with the german protectorate of the possessions of the Sultan Of Sansibar. Later, in 1890, it became part of the Helgoland-Sansibar-Contract and was given to Great Britain. Already in 1887 the Sultan Of Sansibar was forced to transfer his areas at the African coast to the British East Africa Company. In 1895 it became part of the British East African Protectorate (Britisch-East-Africa). Nairobi was founded in 1899 and started as a railroad camp for the Uganda Railroad from Mombasa to the Lake Victoria, which was built since 1895. In 1905 Nairobi replaced Mombasa as the capital of British-East-Africa and in 1920 British-East-Africa was officially declared as crown colony of Kenya. From this period there are still many colonial buildings in the capital of Nairobi.
The independence movement started with a rebellion of the largest Bantu group, the Kikuyu. The rebellion became known as the Mau-Mau-Rebellion. During its process from 1952-1955 many of these well organized acts of terror against british facilities had been brutally answered by police forces. Kenya finally attained full sovereignty on 12th December 1963.

In 1964 the country became a Republic with Jomo Kenyatta as president. In 1969 Tom Mboya, a high-level government official and possibly successor of Kenyatta, was murdered. In the 1970’s more than 70% of the country was affected by a great drought. Kenyatta’s fight against his political opponents led to further riots all over the country. After Kenyatta died in 1978, Vice-President Daniel Arap Moi took over. Moi supported the Africanisation of the industry in limiting foreign property and increasing loans to African investors. Due to pressure at home and abroad, the government had to give in and legalized the multi-party-democracy by a constitutional amendment in 1991. In 1992 President Moi was reelected in Kenya’s first democratic election of the last 26 years, and again in 1997. The governing party, however, lost several seats in parliament.
Daniel Arap Moi was constitutionally not permitted to run for a further term in office. He nominated Uhuru Kenyatta, the son of Kenya’s first leader, for candidate of the governing party Kenya African National Union (KANU). Mwai Kibaki, who ran against Moi in the years 1992 and 1997 and who already worked as his Vice-President, was the candidate of the National Rainbow Coalition (NARC) and the most popular of four opponents. The election in december 2002 was the most credible election since Kenya’s independency and led to Kibakis’ victory. He was elected by 62% of the voters and NARC won the majority in the National Assembly.
After the election in December 2007, President Kibaki, the candidate of the National Unity party, was declared the winner. Kibakis’ opponent, candidate of the Orange Democratic Movement (ODM), Raila Odinga, was leading in the polls and accused Kibaki of election fraud after the election. The results of the election led to riots and violence in many parts of Kenya. More than one thousand Kenyans died and several hundreds of thousands of Kenyans were displaced from their homes. After negotiations interceded by Kofi Annan, the former UNO General Secretary, both sides arranged to share power with Odinga as Prime Minister.
M. Mwai Kibaki is the third president in office since the 30th December 2002. He descends from the ethnic group of the Kikuyu and was born under the Mount Kenya. He runs a policy of a steady hand and rather holds back in fighting corruption. Nevertheless, he managed to intergrate a program that enables children to go to elementary school for free.

Notice
This text provides a basic information.
KenyaCoastGuide.com can not guarantee for the accuracy or completeness of the information provided to you from this website.
Source Citation
Wikipedia website: http://en.wikipedia.org/wiki/Kenya#Politics
cia.gov website:https://www.cia.gov/library/publications/the-world-factbook/geos/ke.html
Foreign & Commonwealth Office website: http://www.fco.gov.uk/en/travel-and-living-abroad/travel-advice-by-country/sub-saharan-africa/kenya1