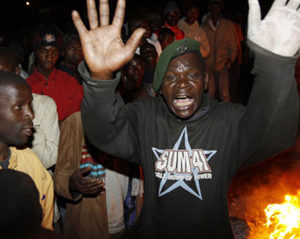 March 15, 2012 | by pfg |
In the evening of last Saturday, March 10, 2012, a heavy blast were committed at a crowded bus station in Nairobi, Kenya. The explosives were thrown out of a car into the crowd waiting for their busses. There were six…

February 2, 2012 | by pfg |
China Central Television – CCTV, the major tv-station in China is not just an ordinary tv-station. As a part of the “department of radio, tv and film” it’s an government body which takes control of China’s media. There is no…