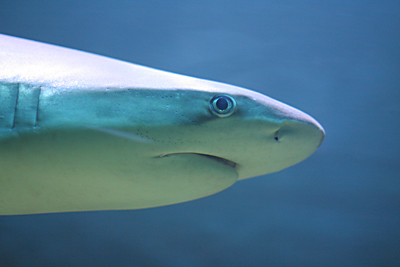 Not only in Asia, also in Mombasa / Kenya one can find shark fins at the fish market. While the price per Kg in Hong Kong  is about $600, they are in Mombasa already available for $200 to $250. It depends on size and quality.
The sharks are cached along the entire coast. From Somalia in the North where there is no control by any authorities at all, way down to Tanzania. This is an area of about 4.500 km coastline and up to 100 miles into the open sea for the Trawlers to operate.

The Kenyans, however, can’t find anything extraordinary delicious in shark fins, although it is traditionally  seen as very valuable meat in the coastal area.
For the local fishermen the shark is not only “by-catch” like for the big Swordfish-Trawlers, it is very valuable and pretty rare for them, but for the meat and not only for the fins.
The customers at the Mombasa fish market couldn’t effort fins anyway and, however, almost 11.000 tons of shark fins a year is not explainable with the catch of the small local fishermen.

Except for the meaning and importance of the sharks for the ecological balance of the seas, the outrageous scandal is the way of catching: the fins are cut off and the fish is thrown back into the sea, where it can’t move, sinks and dies slowly and torturous.

The customers of this macabre product are mostly owners of China-Restaurants or Chinese who work in Kenya. It is not unusual to get a shark-fin-soup offered in a China-Restaurant.
The vast majority of fins, however, were shipped to Asia. Kenya exported – trading shark fins is not illegal in Kenya – in 2008 shark fins to Hong Kong for about $6.6 million.

According to a research of the Indian Ocean Tuna commission (IOTC) the shark population at Kenya’s Coast is shrinking extremely fast. The population of certain shark species are extremely low because of the increasing trade with Asia.  The Blue Shark is even hopeless overfished, according to a source of the Deep-Sea-Diving-Industry. The water seems to be completely lifeless. Blue Sharks are anyway officially declared as “near threatened”. This statement was confirmed by a person who plays a keyhole in the Kenyan-Fishing-Industry. It will take about 20 years to bring back the sharks to Kenyan waters.

The trade with sharks fins goes back to the 1990ies. The German-Swede Volker Bassen was working himself as a Fish Trader in the 90ies.
He reported that there were 400 hooks on board and they caught about 150 to 250 sharks – a day! Bassen left the business when he observed and realized the effects the shark-fin-trade has to the environment. Nowadays he works for the EAST AFRICAN WHALE SHARK TRUST, an organization to protect the whale shark, which founder he also is.

Various nations send their Trawlers to Kenyan waters. At this time there are mostly French and Spanish Trawlers in front of Kenya’s Coast. They are officially there, however, for Tuna and Swordfish but it was documented that the vast majority of exports to Hong Kong with 2.6 million tons in 2008 came from Spain.

But also Japanese, Chinese, Taiwanese, and Coreans are fishing for swordfish and tuna in that area. There are reasonable doubts to believe that the Asians would throw back the sharks which was cought as “by-catch” without cutting off the fins. It’s a bloodbath with tremendous dimensions.

While there are coming contrary statements from the Kenyan authorities about the existence and dimension of the hunt for shark fins in Kenya – maybe one can guess about the reasons – the sharks obviously get helped by some other super baddies. In the end of 2008 there were increasing activities  of Somali pirates, who captured a few trawlers and vessels. These actions made sure that other nations kept out of the Kenyan deep sea area.

Maybe, in that way this crime is the rescue for the Kenyan sharks of another one.